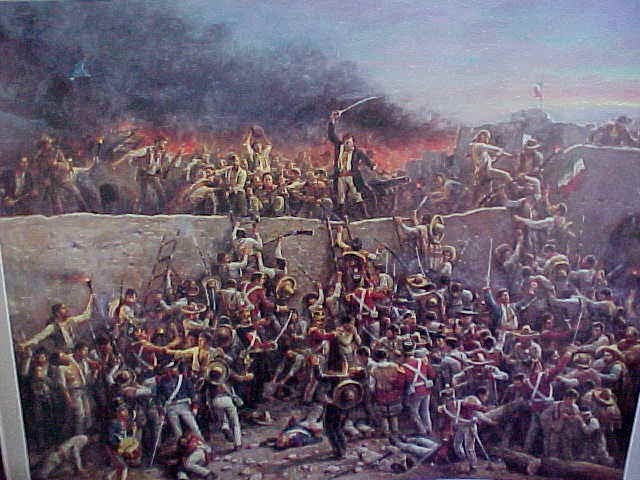 Texas has a long and fascinating history which is partly what makes it such an interesting state. We’ve compiled a timeline of the 50 most significant historical events that shaped the great state of Texas. Without these events, Texas might look much different than it does today.

Before 1500 – Prior to the arrival of the first European explorers, numerous tribes of the Indians of Texas occupied the region between the Rio Grande to the south and the Red River to the north.


Mid-1519 – Alonso Alvarez de Pineda, a Spanish adventurer, sailed from a base in Jamaica to become the first known European to explore and map the Texas coastline.

November 1528 – Cabeza de Vaca shipwrecked on what is believed today to be Galveston Island. After trading in the region for some six years, he later explored the Texas interior on his way to Mexico.

1540-1542 – In search of the fabled Seven Cities of Cibola, Francisco Vasquez de Coronado led an expedition into the present southwestern United States and across northern Texas.

April 22, 1689 – During an expedition planned to reestablish Spanish presence in Texas, Mexican explorer Alonso de Leon reached Fort St. Louis and found it abandoned. The fort was originally was established in 1685 by explorer Robert Cavelier de La Salle during the French colonization of Texas.

1716-1789 – Throughout the 18th century, Spain established Catholic missions across Texas including as well as the towns of San Antonio, Goliad, and Nacogdoches. One of the missions, San Antonio de Valero later became The Alamo.

August 8, 1812 – The Gutierrez-Magee Expedition with about 130 men, crossed the Sabine River from Louisiana in a rebel movement against Spanish rule in Texas.

1817-1820 – Jean Laffite occupied Galveston Island and used it as a base for his smuggling and privateering operation.

January 3, 1823 –  Stephen F. Austin received a grant from the Mexican government to lead roughly 300 families to the Brazos River to begin colonization in the region.

Mid-1824 – The Constitution of 1824 gave Mexico a republican form of government. It failed, however, to define the rights of the states within the republic, including Texas.

April 6, 1830 – Relations between the Texans and Mexico reached a new low when Mexico forbid further emigration into Texas by settlers from the United States.

June 26, 1832 – The Battle of Velasco resulted in the first casualties in Texas’ relations with Mexico. After several days of fighting, the Mexicans under Domingo de Ugartechea were forced to surrender for lack of ammunition.

The Revolution and the Republic

October 2, 1835 – Texans drove back troops of the Mexican cavalry at the Battle of Gonzales. The revolution began.

October 9, 1835 – The Goliad Campaign of 1835 ended when George Collingsworth, Ben Milam, and forty-nine other Texans stormed the presidio at Goliad and a small troop of Mexican defenders.

November 3, 1835 – The Consultation met to consider options for the more autonomous rule for Texas. A document known as the Organic Law outlined the organization and functions of a new Provisional Government.

November 8, 1835 – The Grass Fight near San Antonio was won by the Texans under Jim Bowie and Ed Burleson. Instead of silver, however, the Texans gained a worthless bounty of grass.

December 11, 1835 – Mexicans under Gen. Cos surrendered San Antonio to the Texans following the Siege of Bexar. Ben Milam was killed during the extended siege.

March 2, 1836 – The Texas Declaration of Independence was signed by members of the Convention of 1836. An ad interim government was formed for the newly created Republic of Texas.

March 6, 1836 – Texans under Col. William B. Travis were overwhelmed by the Mexican army after a two-week siege at the Battle of the Alamo in San Antonio. The Runaway Scrape began.

March 27, 1836 – James Fannin and nearly 400 Texans were executed by the Mexicans at the Goliad Massacre, under the order of Santa Anna.

April 21, 1836 – In what may be the most important event in Texas history, Texans under Sam Houston routed the Mexican forces of Santa Anna at the Battle of San Jacinto. Thus, independence was won in one of the most decisive battles in history.

November 1839 – The Texas Congress first met in Austin, the frontier site selected for the capital of the Republic.

August 11, 1840 – The Battle of Plum Creek, near present-day Lockhart, ended the boldest and most penetrating Comanche challenge to the Texas Republic.

June 1841 – The Texan Santa Fe Expedition set out for New Mexico. Near Sante Fe, they were intercepted by Mexican forces and marched 2000 miles to prison in Mexico City.

March 5, 1842 – A Mexican force of over 500 men under Rafael Vasquez invaded Texas for the first time since the revolution. They briefly occupied San Antonio but soon headed back to the Rio Grande.

September 11, 1842 – San Antonio was again captured, this time by 1400 Mexican troops under Adrian Woll. Again, the Mexicans retreated, but this time with prisoners.

Fall 1842 – Sam Houston authorized Alexander Somervell to lead a retaliatory raid into Mexico. The resulting Somervell Expedition dissolved, however, after briefly taking the border towns of Laredo and Guerreo.

December 20, 1842 – Some 300 members of the Somervell force set out to continue raids into Mexico. Ten days and 20 miles later, the ill-fated Mier Expedition surrendered at the Mexican town of Mier.

December 29, 1842 – Under orders of Sam Houston, officials arrived in Austin to remove the records of the Republic of Texas to the city of Houston, touching off the bloodless Archives War.

March 25, 1843 – Seventeen Texans were executed in what became known as the Black Bean Episode, which resulted from the Mier Expedition, one of several raids by the Texans into Mexico.

December 29, 1845 – U. S. President James Polk followed through on a campaign platform promising to annex Texas and signed legislation making Texas the 28th state of the United States.

April 25, 1846 – The Mexican-American War ignited as a result of disputes over claims to Texas boundaries. The outcome of the war fixed Texas’ southern boundary at the Rio Grande River.

November 25, 1850 – In a plan to settle boundary disputes and pay her public debt, Texas relinquished about one-third of her territory in the Compromise of 1850, in exchange for $10,000,000 from the United States.

May 1852 – The first Lone Star State Fair in Corpus Christi symbolized a period of relative prosperity in Texas during the 1850s. Organizer Henry L. Kinney persuaded Dr. Ashbel Smith to be the fair’s manager.

April 29, 1856 – Backed by the US military, a shipment of 32 camels arrived at the port of Indianola. The resulting Texas Camel Experiment used the animals to transport supplies over the “Great American Desert.”

February 1, 1861 – Texas seceded from the Federal Union following a 171 to 6 vote by the Secession Convention. Governor Sam Houston was one of a small minority opposed to secession.

October 22, 1861 – Advance units of the newly formed Brigade of General H. H. Sibley marched westward from San Antonio to claim New Mexico and the American southwest for the Confederacy.

January 1, 1863 – After several weeks of Federal occupation of Texas’ most important seaport, the Battle of Galveston restored the island to Texas control for the remainder of the Civil War.

May 13, 1865 – The last land engagement of the Civil War was fought at the Battle of Palmito Ranch in far south Texas, more than a month after Gen. Lee’s surrender at Appomattox, VA.

1866 – The abundance of longhorn cattle in south Texas and the return of Confederate soldiers to a poor reconstruction economy marked the beginning of the era of Texas trail drives to northern markets.

March 30, 1870 – The United States Congress readmitted Texas into the Union. Reconstruction continued, however, for another four years.

October 4, 1876 – Now known as Texas A&M, the opening of the Agricultural and Mechanical College of Texas marked the state’s first venture into public higher education. Tuition totaled $10 per semester.

September 15, 1883 – The University of Texas opened its doors in Austin for its inaugural session. First courses were offered in the Academic Department and a Law Department.

May 16, 1888 – The dedication of the present state capital in Austin ended seven years of planning and construction. The building was funded with 3,000,000 acres of land in north Texas.

January 20, 1891 – Based on a campaign platform calling for the regulation of railroads and big business, James Hogg took office as the first native-born governor of Texas.

January 10, 1901 – The discovery of “black gold” at the Spindletop oil field near Beaumont launched Texas into a century of oil exploration, electronics, and manned space travel.