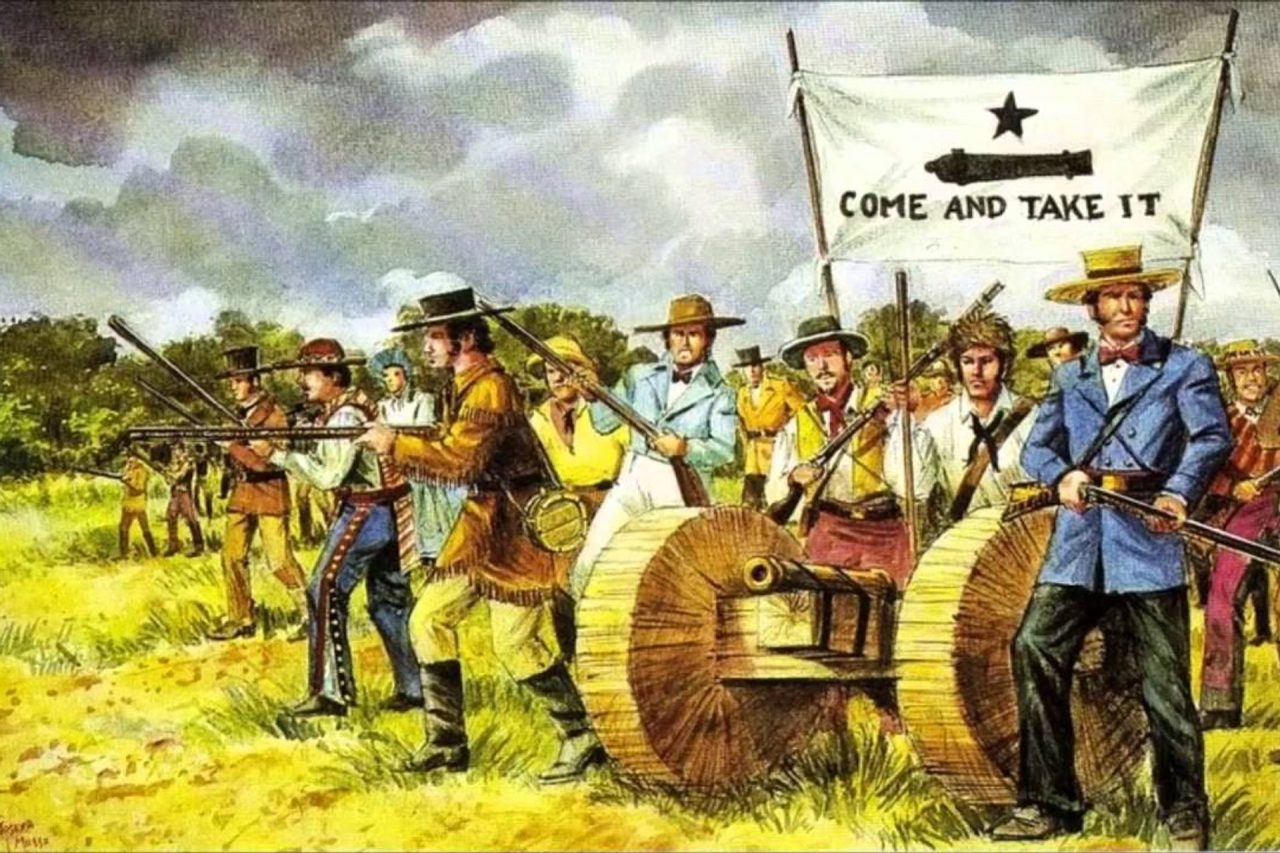 The Battle of Gonzales was the first battle of the Texas Revolution and occurred on October 2, 1835. Leading up to the battle, tensions had been growing between the Texians and the Mexican government as Santa Anna came to power. Many of the Texan settlers were from the United States, continuing to speak English and set up their own schools even as Mexican citizens. Santa Anna suspected the Texan settlers would try to declare independence when he overthrew the Constitution in 1835, so he ordered the Mexican army to disarm them.

A few years prior, a cannon had been provided to the residents of Gonzales for defense against Natives. In September of 1835, a small group of Mexican soldiers was sent to Gonzales to repossess the cannon. The Texians angrily refused to give back the cannon and arrested the soldiers that came to retrieve it.


Mexican Colonel Domingo Ugartechea then sent 100 Mexican soldiers under Lieutenant Francisco de Castañeda to retrieve the cannon once more. The Texians met them at the Guadalupe River and refused to negotiate or let them pass. While Castañeda decided to camp out, 140 Texian volunteers arrived in Gonzales and elected Colonel John Moore to be their leader.

On the morning of October 2, 1835, the Texians attacked the Mexican camp. They loaded the cannon with scrap iron and fired the shot that began the revolution while flying their new “Come and Take it” flag. Ordered to avoid open conflict, Castañeda retreated with one casualty. He asked Moore why the Texians had attacked. Moore replied that they were fighting for the cannon and the Constitution of 1824. Castañeda sympathized with the colonists as he was also against Santa Anna’s new centralized government and retreated to San Antonio.

After their small “victory”, many Texians began to form militias around Texas. Now that Mexican blood was spilled, the rebellious Texians could not turn back.

The battle flag used by the Texians at the Battle of Gonzales gained considerable recognition as the “Come and Take It” flag. On a white banner was a picture of the old cannon, painted in black. The flag acquired its name from the words “come and take it” printed below the cannon.

While the battle was just a small skirmish, the Texian victory at the Battle of Gonzales meant that the rough Texian frontiersmen could defeat the Mexican army and win independence. The population of Texas was made up of mostly settlers from the United States who wanted independence from Mexico after the Constitution of 1824 was overthrown. Tensions rose between settlers who wanted independence and those who wanted peace. However, after victory at the Battle of Gonzales, Texians began to rally and unify under the decision to fight for independence now that it seemed possible.