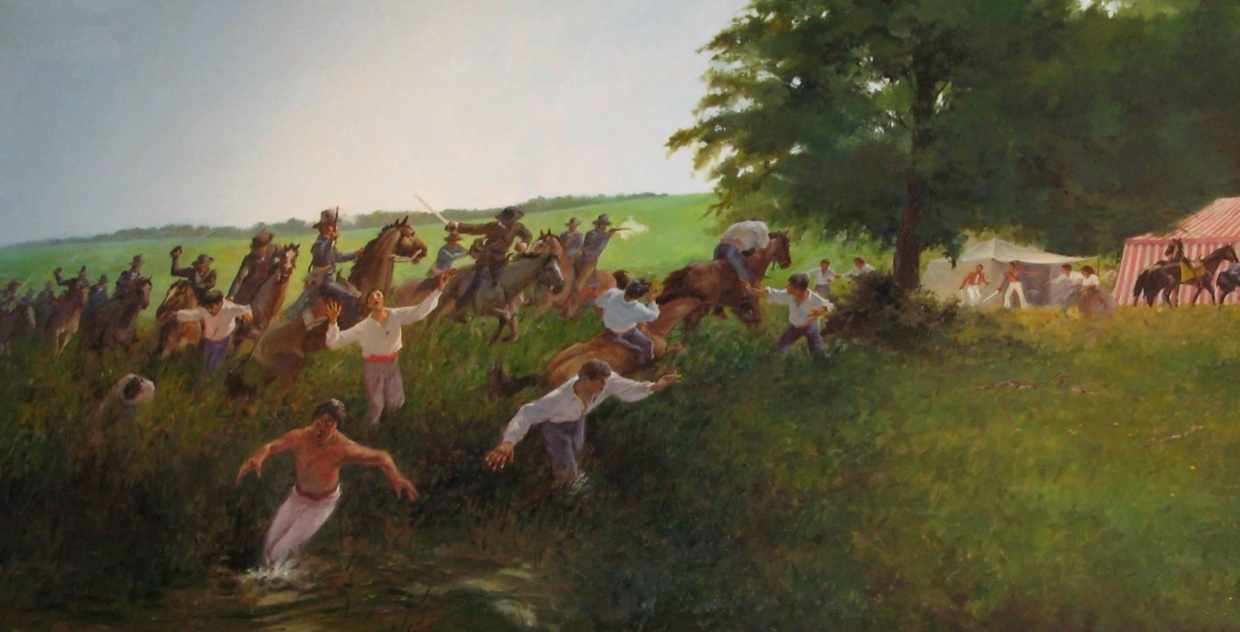 Toward the end of November 1835, it was reported to the Texans around San Antonio that a shipment of silver coming from Mexico. According to the report, the silver was being transported on a train of pack mules on its way to pay the soldiers of Mexican General Cos, who then occupied the town. The Texas scouts kept a close watch for the convoy so that the payload might be intercepted.

On the morning of November 28th, Erastus (Deaf) Smith, while on patrol, discovered some mules with packs approaching. Supposing this to be the expected train, he reported his discovery to the Texan camp. A group under Jim Bowie was first to intercept the mule train and a skirmish began. As reinforcements under Colonel Ed Burleson arrived, the fight was well underway. The Texans pursued as the enemy dispersed, thus ending the celebrated “grass fight”.


The Mexicans abandoned their mules as they fled. However, the Texans soon found that the packs were filled with grass, rather than the expected silver. As the Texans later learned from their captives, the Mexicans had gone out the night before to gather grass to feed their horses.

The Texans lost one man and two wounded during the fight. The Mexican loss was much larger.