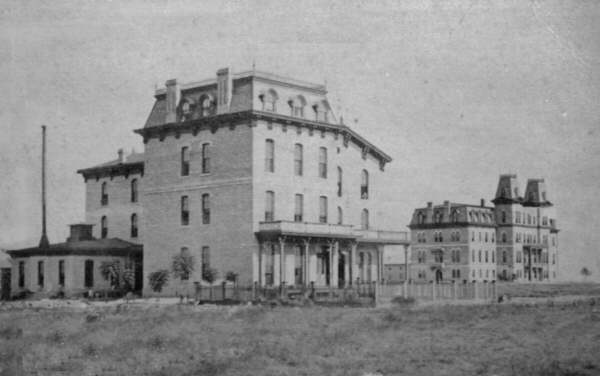 Planning for a public institution for higher education in Texas can be traced back to the early days of the Republic of Texas and, more directly, to the Morrill Act, approved by the United States Congress on July 2, 1862. This act provided for donation of public land to the states to fund higher education, whose “leading object shall be, without excluding other scientific and classical studies, and including military tactics, to teach such branches of learning as are related to agriculture and mechanic arts.”

The State of Texas agreed to create a college under the terms of the Morrill Act in November 1866, but actual formation didn’t come until the establishment of the Agricultural and Mechanical College of Texas by the Texas state legislature on April 17, 1871. A commission created to locate the institution accepted the offer of 2,416 acres of land from the citizens of Brazos County in 1871. As required by the Morrill Act, all students were required to participate in military training. It was not until the fall of 1876, however, before this planning became a reality. In October of that year, The Agricultural and Mechanical College of Texas first opened its doors, a major milestone in the state’s long-term committment to public higher education. The new school was located on a barren prairie some five miles south of the then recently chartered town of Bryan. Tuition totaled $10 per semester.


Students arriving at the college for its inaugural session no doubt experienced some anxious moments. Aside from two impressive brick buildings and a railroad line along the western boundary of the campus, the physical surroundings were a wild wasteland where deer, cougar, wolves and other wildlife abounded. The howling of wolves furnished an every-night and all-night serenade. On at least one occasion, a lone wolf wandering through the campus threw the whole community into a frenzy of excitement by glaring into the ground-level window of the mess hall. Some thirty cadets and professors responded to an alarm, but the animal easily escaped into the high weeds.

A&M’s earliest years were characterized by much turmoil as the school struggled to define its curriculum, to survive the politics of lawmakers in Austin, and to curb the internal feuds of its own faculty on campus. The school was forced to respond to a critical press and to compete fiercely for operating funds from the state. More than once during these early days, A&M found itself on the brink of collapse. Ultimately, however, both the faculty and the students of A&M were able to rise above each of these obstacles to survival. In the process, they created the foundation for an institution of higher education in Texas that now ranks among the leading universities of the world.

Texas A&M underwent many changes in the 1960’s under the presidency of Gen. Earl Rudder. Under his tenure the college diversified and began admitting women and minorities. Participation in the Corps of Cadets was also made voluntary. In 1963 the Texas state legislature officially renamed the school to Texas A&M University, with the “A” and “M” being a symbolic link to the school’s past but no longer officially standing for “Agricultural and Mechanical”.

While membership in the Corps of Cadets became voluntary in 1965, it has nonetheless continued to play a key role in the university. The Corps is often referred to as the “Keepers of the Spirit” and “Guardians of Tradition.” Texas A&M remains one of only six senior military colleges, and the Corps is the largest uniformed body outside the national service academies. As such it has historically produced more officers than any other institution in the nation other than the academies.

The George Bush Presidential Library and Museum opened in 1997 on West Campus, making Texas A&M one of only a few universities to host a presidential library on their campus. President Bush maintains an active role in the university, hosting and participating in special events organized through the Library.