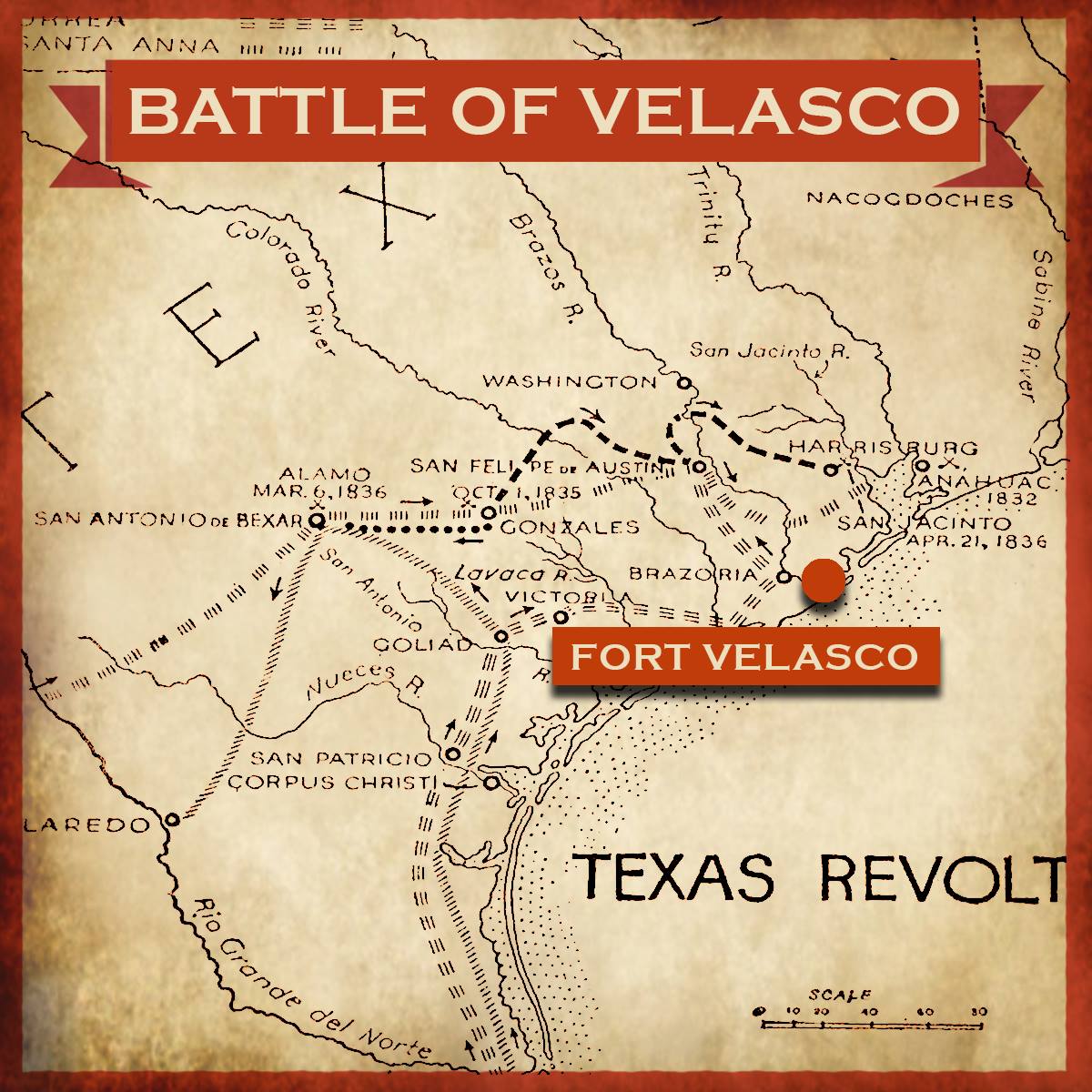 In an armed prelude to the Texas Revolution, the Battle of Velasco marked the first bloodshed in the then deteriorating relations between Texas and Mexico.

In the conflict, Domingo de Ugartechea, the Mexican commander in charge of a fort at the town of Velasco, attempted to block attempts by the Texans to transport a cannon for possible use against Mexican forces at nearby Anahuac. After several days of fighting, the Texans under John Austin and Henry Smith prevailed when the Mexicans exhausted their ammunition.


Before the fighting ended, however, some 8-10 Texans were killed and another 12 wounded. Mexican losses were placed at 5 killed and about 15 wounded.

Under the provisions of the truce, Ugartechea and his men were allowed to return to Mexico. Tensions later eased somewhat when Mexican officials dismissed the Mexican commander at Anahuac, who had been the primary cause for the Texan’s frustration with Mexican authorities in the area.