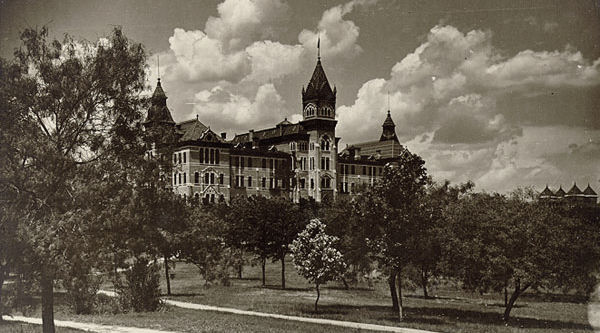 The University of Texas is a public university located in Austin, Texas. Founded in 1883, its campus is located just north of the Texas State Capitol. With over 50,000 undergraduate and graduate students and 16,500 faculty and staff, it currently has the largest enrollment of any college in Texas.

In 1881, Austin was chosen as the site of the main university, and Galveston was designated the location of the medical department. On the original “College Hill,” an official ceremony began construction on what is now referred to as the old Main Building in late 1882. The university opened its doors on September 15, 1883.


The old Victorian-Gothic Main Building served as the central point of the campus’s 40-acre site and was used for nearly all purposes. But by the 1930s, discussions arose about the need for new library space, and the Main Building was razed in 1934 over the objections of many students and faculty. The modern-day tower and Main Building were constructed in its place.

In 1910, George Brackenridge donated 500 acres on the Colorado River to the university . A vote by the regents to move the campus to the donated land was met with outrage, and the land has only been used for auxiliary purposes such as graduate student housing. Part of the tract was sold in the late-1990s for luxury housing, and there are controversial proposals to sell the remainder of the tract. The Brackenridge Field Laboratory was established on 82 acres of the land in 1967.

In 1921, the legislature appropriated $1,350,000 for the purchase of land adjacent to the main campus. But expansion was hampered by the constitutional restriction against funding the construction of buildings.

With the discovery of oil on university-owned grounds in 1923, the institution was able to put its new wealth towards its general endowment fund. These savings allowed the passing of amendments to make way for bond issues in 1931 and 1947, with the latter expansion necessary from the spike in enrollment following World War II.

The university built 19 permanent structures between 1950 and 1965, when it was given the right of eminent domain. With this power, the university purchased additional properties surrounding the original 40 acres.