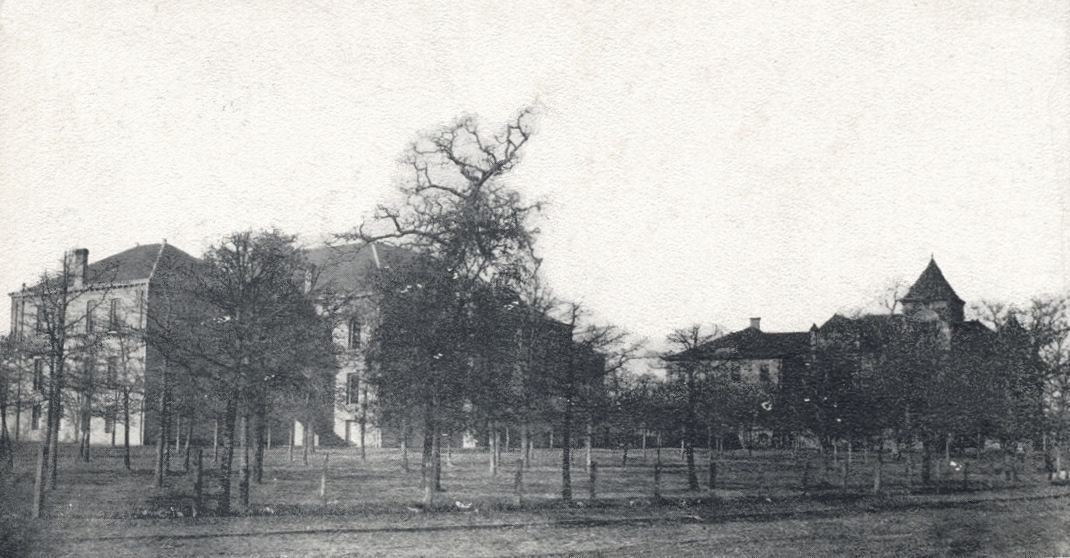 The first classes at what is now the University of North Texas were held in 1890, on the second floor of the B. J. Wilson hardware store. The store was located on the northwest corner of the Denton county courthouse square in Denton, Texas. Over the intervening century and a quarter, the school has grown to an enrollment 35,694 (as of the fall of 2011), the fourth largest in the state.

The school was founded by Joshua C. Chilton as a private college on September 16, 1890, when Denton was a rural, agricultural hamlet of 2,500. With the help of local civic leaders, Chilton established Texas Normal College and Teachers’ Training Institute to prepare teachers and educate business and professional men for Texas.


Chilton and the citizens who formed the corporation that operated the school did not receive a state charter until June 1891. By then the college occupied a permanent campus, purchased by a group of Dentonites called the syndicate, at the corner of Hickory and Avenue B streets. The city government financed and constructed the first building, and nearly 185 students of various ages attended.

Grave financial difficulties confronted the institution during its first decade. To meet problems of funding, the original curriculum was shortened and a less qualified professoriate employed. John J. Crumley succeeded Chilton as president of the college in 1893, and he and state Senator Emory C. Smith of Denton secured the right for the college to confer state teaching certificates. Wording in the Texas law granting this power accidentally changed the school’s name to North Texas Normal College.

After Crumley left to head another normal college in Tennessee, Menter B. Terrill leased NTNC from the city and became the institution’s third president. Under Terrill, North Texas enjoyed its greatest financial success while a private college. He enrolled a large number of precollege-age pupils from the surrounding area in a preparatory course of study, but also awarded 268 teaching certificates and twenty-four bachelor’s degrees during his presidency.

Despite Terrill’s accomplishments, Denton leaders were interested in a state owned and operated college for their city. In 1899 Charles V. Terrell, state senator from Decatur, introduced the bill in the Texas legislature for a state charter. The town fathers’ ambitions were realized when the legislature approved and Governor Joseph D. Sayers signed the bill into law on March 31, 1899. Money to fund North Texas Normal College was not appropriated until two years later.

During the 1920s enrollment continued to rise, and the faculty improved their credentials. Beginning with the stock market collapse in 1929 and through the mid-1930s funding declined, salaries slumped, and student attendance dipped. After a brief upsurge in enrollment during the late 1930s, World War II began, and enrollment fell once more, professors left to serve in the Armed Forces, and intercollegiate sports were temporarily suspended.

The period immediately after 1945 was one of renewal and expansion to meet pent-up wartime demand. Two men served as presidents during these years: Robert L. Marquis, 1923-34, and W. J. McConnell, 1934-51. Marquis was the first native Texan to become president. His most significant accomplishment was an effort toward a graduate program for the school, which was achieved after his death. Master’s degree students first enrolled in September 1935.