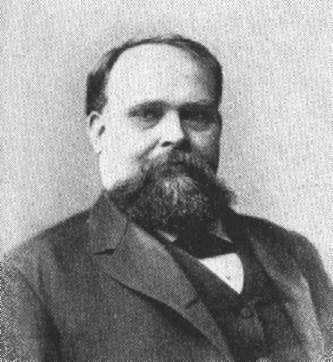 James S. Hogg was born March 24, 1851 near Rusk, in east Texas. His birthplace would later give him the distinction of becoming the first native-born governor of Texas.

Hogg was orphaned at the age of eleven when his father, a Confederate general, died in May 1862, and his mother died soon afterwards. To help support himself, he worked as a typesetter in a newspaper office at an early age. He later owned his own paper. Meanwhile, he studied law and was admitted to the bar in 1875.


In 1878, Hogg held his first public office when he was elected county attorney of Wood County. He then ran and was elected district attorney for the seventh judicial district. In 1886, Hogg became Attorney-General of the State of Texas, then was re-elected to that post two years later. He easily won the Democratic nomination for governor in 1890, and went on to become governor of Texas from 1891 through 1895.

Even among larger-than-life Texans, Hogg was an imposing figure. At six feet two inches and two hundred and eighty five pounds, the feisty governor was a popular advocate of the common citizen and did much to strengthen public respect for law enforcement in general. He sponsored anti-trust legislation and helped establish the powerful Railroad Commission during his tenure as governor.

After retiring as governor, Hogg continued an active interest in good government, but held no other public office. He pursued his successful and growing business interests until his death in Houston on March 6, 1906. He is buried in Austin.

Hogg married Sarah Ann Stinson and had four children. Their only daughter, affectionately known as Miss Ima (1882-1975), became well known as a philanthropist throughout her long life in Texas.