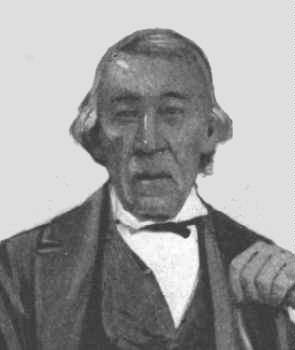 Jose Antonio Navarro was among the truest of all Texans. He was born February 27, 1795 in San Antonio of a prominent Spanish heritage. He would become a leading Mexican participant on the side of Texas in the Texas Revolution, as well as in the subsequent development of the Republic and then the State of Texas.

While still in his early twenties, Navarro spent several years exile in the United States because of his role in the Gutierrez-Magee Expedition against Spanish rule in Texas. When order was restored, he returned to his native Texas and became friends with Stephen Austin. With Texas then under Mexican rule, Navarro was elected to the legislature of the state of Coahuila and Texas, and later to the Mexican Congress in Mexico City.


A staunch supporter of Texas independence, Navarro was one of only three Mexicans that signed the Texas Declaration of Independence at the Convention of 1836. After independence was won, he was elected to the Congress of the Republic of Texas, where he sought to advance the rights of Tejanos.

Navarro supported Texas President Mirabeau B. Lamar, and was selected by Lamar as one of four Texas commissioners to accompany the ill-conceived Santa Fe Expedition to New Mexico. Taken prisoner with others in the expedition, Navarro was marched into Mexico for confinement. After spending 14 months in Mexican prisons, he escaped and returned to Texas.

A proponent of Texas statehood, Navarro represented Bexar as the sole Hispanic member of the Convention of 1845. He was subsequently elected to the state legislature for two terms but declined to run a third term in 1849.

Navarro settled into a more private life before his death on January 13, 1871. Navarro County was established in his honor. Its county seat, Corsicana, was named for his father’s birthplace on the French Island of Corsica.