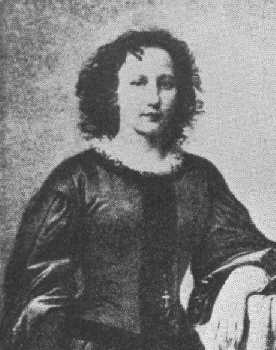 A pioneer in the development of art in Texas, Elisabet Ney was born in Munster, Westphalia, Germany on January 26, 1833. She became the first woman sculpture student accepted in the Munich Art Academy. Her talents were soon recognized, and she received commissions to model a number of famous men, including Bismark, Garibaldi, Schopenhauer, and King Ludwig II of Bavaria.

While visiting a friend in Heidelberg, Elisabet met and fell in love with Edmund Montgomery, a respected physician, scientist and philosopher. They were later married, but Elisabet continued to use her maiden name.


About 1870, Ney and Montgomery decided to move to America. After living in Georgia for two years, they chose Texas in 1872 as their permanent home. In Texas, they purchased the Liendo Plantation near Hempstead. Liendo was a well known landmark of antebellum Texas named after the original grantee of the land. The couple spent the next two decades centered around the plantation.

After a twenty year lapse, Elisabet resumed her career as a sculptress in 1892. She was commissioned to model Sam Houston and Stephen F. Austin for the Chicago World’s Fair in 1893. The sculptures of Houston and Austin can now be seen in both the State capitol in Austin and in the National Capitol in Washington, DC.

Ney established a studio in Austin, which she named Formosa. Over the span of her long career, she produced about one hundred portraits, statues, and medallions. Most of these are displayed today at Formosa, which was preserved as a memorial and museum after Ney’s death in 1907.

Both Ney and Edmund Montgomery are buried at the Liendo Plantation near Hempstead.

See also the webpage of the Elisabet Ney Museum in Austin