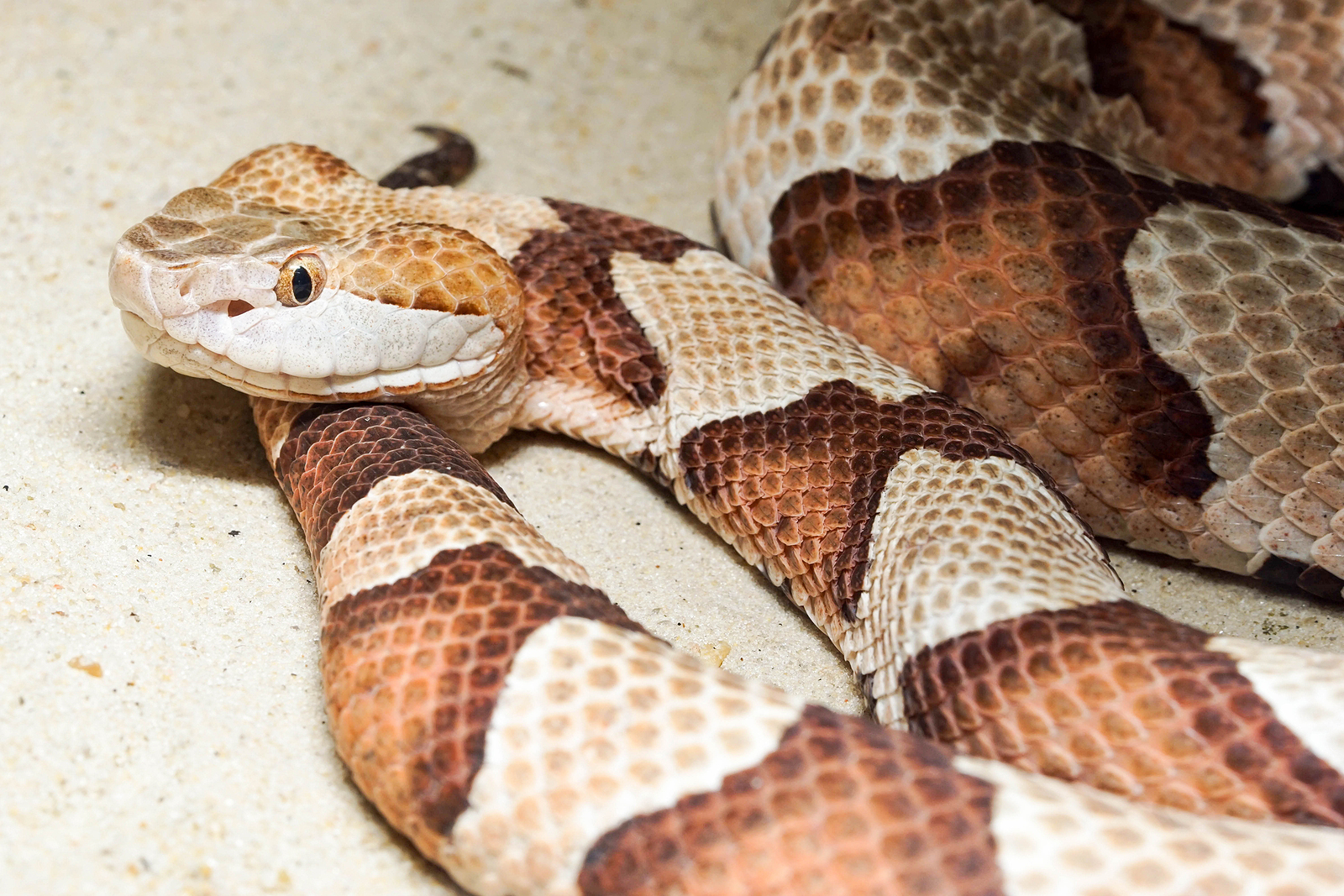 I live in the Dallas/Fort Worth area, adjacent to one of the Army Corp of Engineer lakes with hundreds of heavily forested acres. So we have a good amount of wildlife crossing through our property including deer, coyotes, skunks, bobcats and lots of snakes. I generally see a half-dozen rat snakes on our property each year. We generally co-exist peacefully but we’ll sometimes relocate them if they are in a high-traffic area or eating our chicken eggs.

We also have our fair share of copperheads. While copperheads are not generally aggressive, they are territorial and, yes, they are poisonous. So I am always cautious when outside, especially in tall weeds or lifting wood, where they like to hide. I generally wear gloves and boots when outside, except for this one time…


It was late one September evening and I decided to check for chicken eggs just before I went to bed. The chicken coop is off our back porch so I threw on some flip-flops and started down the steps. As soon as my foot hit the ground, bam and sharp pain to the ankle. Quite honestly, I never saw what got me but it felt slightly more painful than a wasp or bee sting. There was only one puncture wound but, just to be safe, I got the snakebit kit out and sucked all I could out of it, and went to bed.

An hour later, I woke up feeling nauseous, ran to the bathroom, and vomited. My foot had swollen to the point where I couldn’t really walk on it. It was clear that this might be more serious than we originally thought so my wife took me to the ER. Once we got there, I had another trip to the bathroom and vomited again. The ER doctor marked the swelling to see if it was growing, and clearly, it was moving up my leg. I threw up a 3rd time in the ER. They put me through a few tests, blood pressure, heart rate, neurological, etc.. and those all checked out. They said it was likely a copperhead and it was considered a moderate response due to my swelling and vomiting. I did have some pain but it was mostly from the swelling, expanding of my skin more than the bite.

The ER doctor consulted with the trauma doctor and they recommended antivenom at $50k per dose. Oh, and I might need multiple doses. Now, we aren’t on typical insurance but a cost-sharing or reimbursement plan so we weren’t 100% sure whether it would be covered. Also, the Doctor mentioned that some people have a severe reaction to the antivenom so there is a risk there.

Quite honestly, I wasn’t in much pain, I wasn’t having neurological issues, no longer vomiting and the swelling seemed to be slowing. So, we decided we’d rather wait a couple of hours and see how things go before taking the antivenom. After a few hours, it was clear that things weren’t getting worse so we started the checkout process and made it home around 4 am.

My leg was swollen up to around my knee and was terribly painful to walk on, mostly from the swelling, not the bite. It took a few weeks to get back to walking normally. We had a trip planned to NYC about 10 days later and were able to make that trip, which included miles of walking without any problems.

Of course, I did lots of research when I was resting in bed the first few days after the bite. What did I learn from this?

In the end, the event really created more anxiety than anything. There is definitely something nerve-racking knowing you’ve been bitten by a poisonous snake. However, if I knew the facts about copperheads I probably would have been less concerned.