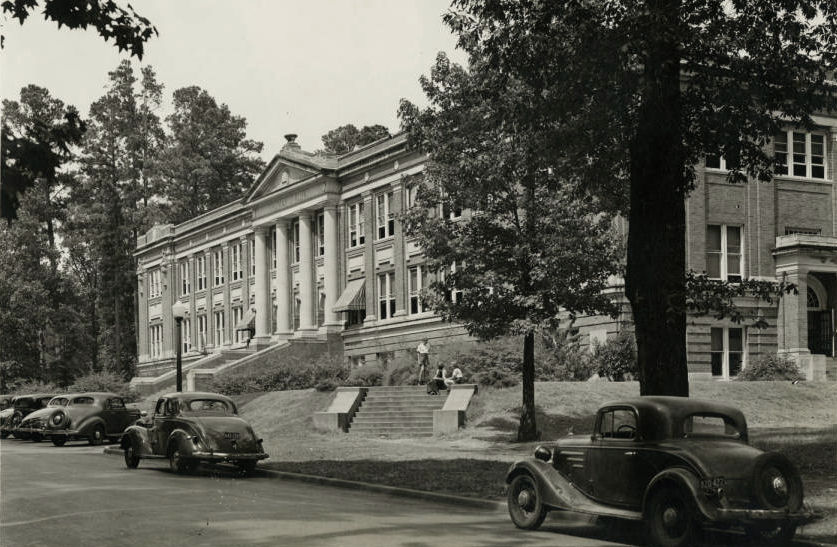 In 1917, the Texas Legislature authorized two colleges and named the governor, the state superintendent of public instruction, and the regents of the normal colleges to serve as the locating board.


The city of Nacogdoches offered the state a 200-acre site, and the board, after extensive investigation, selected Nacogdoches as the college site. Much of the campus is on the homestead of Thomas J. Rusk, and the president’s home is on the Sam Houston tract. Alton W. Birdwell was elected president when the site was chosen, but with the entrance of the United States into World War I, the legislature, in October 1917, repealed the appropriation for the school.

After the war ended, the legislature in 1921 again made appropriations for the college, and Birdwell was re-elected president. However, Governor Pat M. Neff vetoed all appropriations except those for the building. The school opened on September 18, 1923, with 158 students and used facilities of the Nacogdoches public schools until May 1924.

In 1927 a Wesley Bible Chair was installed just off the campus, and a Baptist School of Bible was inaugurated in 1948. The graduate division was established in 1937. In 1945 the Forest Service of the United States Department of Agriculture established the East Texas Branch of the Forest Experiment Station at the college, the only case in which an act of Congress named an institution to cooperate in a forestry research program. Birdwell served until September 1942, when he was succeeded by Paul L. Boynton. Enrollment for the session of 1946-47 was 1,000.

In 1949, by legislative act, the name of the school was changed from Stephen F. Austin State Teachers College to Stephen F. Austin State College. It was one of the fastest growing state-supported colleges in Texas during the 1960s. Funds for new classroom buildings were obtained through statewide referendums on constitutional amendments, and the Housing and Home Finance Agency of the federal government made dormitory financing available.

Between 1961 and 1966 eight dormitories and twelve apartment buildings were constructed. The school became Stephen F. Austin State University in 1969.

By 1972 the university’s physical plant was greatly enlarged. During the 1974-75 term the faculty consisted of approximately 400 members, and the enrollment was 10,881. Ralph W. Steen served as president.