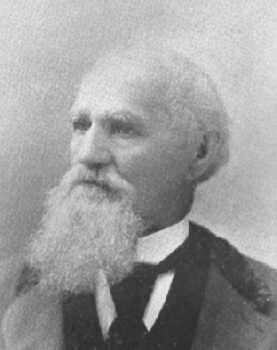 John Henry Brown was born in Missouri on October 20, 1820. There, as a teenager, he worked for a country newspaper before moving to Texas to live with an uncle. He would later apply this early journalistic experience during his long, eventful and quite mobile life in Texas.

After taking part in several Indian campaigns including the Battle of Plum Creek, Brown moved to Austin in 1840. In September of that year he was wounded at the Battle of Salado. However, he recovered in time to participate in the Somervell Expedition that left San Antonio two months later.


Brown’s early newspaper experience in Texas included work with the (Austin) Texas Sentinel in 1840, and with the Victoria Advocate in 1846. In 1848, he became editor of the Indianola Bulletin, while also serving as commissioner of deeds.

In 1854, Brown moved to Galveston and purchased an interest in the Galveston Civilian. While there, he entered politics and represented Galveston County in the state legislature from 1855-1857. Then in 1859 he moved to Belton, where he edited the Belton Democrat.

Brown represented Bell and Lampasas counties in the Secession Convention in early 1861. When the Civil War started, he served (at separate times) under both and Henry and Ben McCulloch before commanding a company of frontier rangers. He moved to Mexico in 1864 and became commissioner of immigration under the Maximilian government.

After the war, Brown remained in Mexico and surveyed land for a short while before returning to Texas. He moved to Dallas in 1871 and two years later was again elected to the state legislature. He represented Dallas, Tarrant and Ellis counties in the Constitutional Convention of 1875, then served as Mayor of Dallas from 1885 to 1887.

Brown then “retired” to writing or contributing to a number of volumes on early Texas history. His two-volume History of Texas from 1685 to 1892 as well as his Indian Wars and Pioneers of Texas are among the volumes often referenced in developing the material for these web pages.