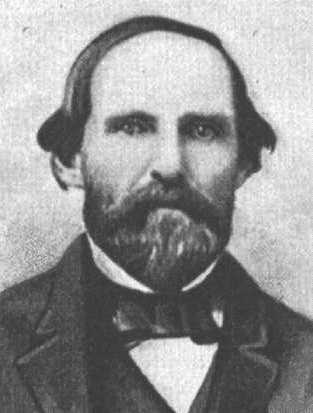 One of Texas’ most noted heroes, Ben McCulloch was born in Tennessee and died in Arkansas. He spent most of his life in service to Texas, however, and is buried in the Texas State cemetery in Austin.

McCulloch was born November 11, 1811 in Rutherford County, Tennessee into a family that would grow to twelve children. He and became well educated through extensive reading. While in his mid-twenties still in Tennessee, McCulloch met David Crockett. Although he planned to accompany Crockett to Texas, McCulloch’s plans were delayed. He did, however, arrive in Texas in time to participate in the Battle of San Jacinto.


After San Jacinto, McCulloch was elected to the Second Congress of the Republic and later, to the First Legislature of the newly formed state. He also helped protect the Texas frontier, and served in several expeditions against Mexicans and Indians, including the Battle of Plum Creek.

Early in the Mexican-American War, McCulloch led a company of scouts into the Matamoras-Camargo-Monterrey triangle south of the Rio Grande.

McCulloch became a “49er” in the rush to find California gold. The following year, in 1850, he was elected sheriff of Sacramento County, an office he held until returning to Texas in 1852.

With the outbreak of the Civil War, McCulloch and his brother Henry participated in the takeover of Federal garrisons in San Antonio. Commissioned a brigadier general in the Confederate army, he led a division in the battle of Elkhorn Tavern (Pea Ridge) in northwest Arkansas. On the second day of the battle, March 7, 1862, the legendary Texan was hit by a Federal marksman and killed instantly. His body was brought to Austin for burial in the State Cemetery.