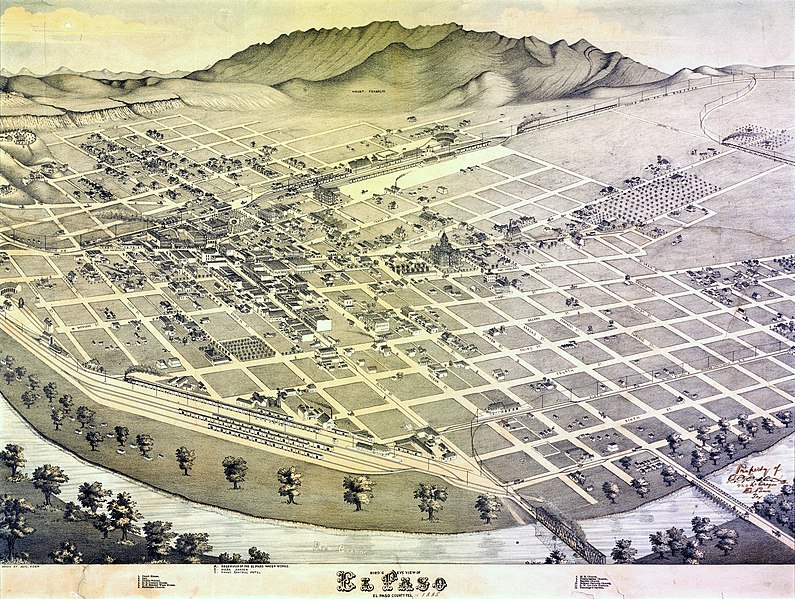 The most western of all Texas towns, El Paso also claims to be one of the oldest. The city has grown out of several early settlements, the oldest of which was formed by Juan Maria Ponce de Leon in 1827.

The California gold rush in 1849, as well as the cattle drives and general movement westward, made the settlement a key crossroads for westward travelers. Earlier called Franklin, the city was renamed El Paso just prior to the Civil War.