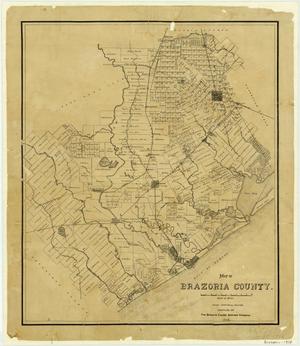 Located near the mouth of the Brazos River, Brazoria was first established in 1828 as a port and trading center for Austin’s colony. Although the town was burned in 1836 during the Runaway Scrape, it was rebuilt and served as an important trading center during the Republic.

By 1840 claimed six newspapers. The decline of river trade and the lack of rail transportation, however, caused a gradual decline so that by 1892 the county seat was moved to nearby Angleton.