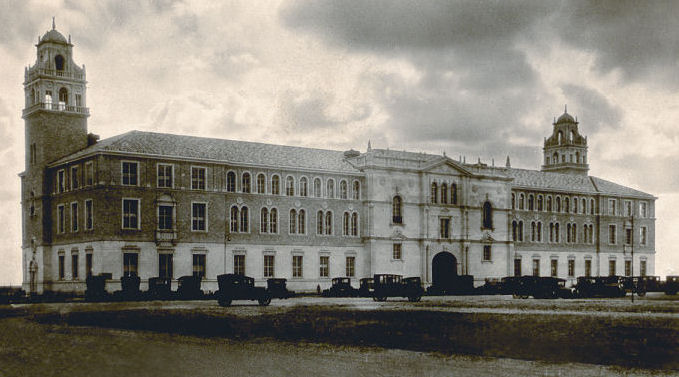 The call to open a college in West Texas began shortly after the arrival of settlers in the area in the 1880s. In 1917, the Texas legislature passed a bill creating a branch of Texas A&M to be located in Abilene. However, the bill was repealed two years later during the next session after it was discovered that Governor James E. Ferguson had falsely reported the site committee’s choice of location. After new legislation passed in the state house and senate in 1921, Governor Pat Neff vetoed it, citing hard financial times in West Texas. Furious about Neff’s veto, some in West Texas went so far as to recommend that West Texas secede from the state.

In 1923, the legislature decided that, rather than a branch campus, an entirely new university would better serve the needs of the region. On February 10, 1923, Neff signed the legislation creating Texas Technological College, and in July of that year, a committee began searching for a site. When the members of the committee visited Lubbock, they were overwhelmed to find residents lining the streets to show support for the idea of hosting the institution. That August, Lubbock was chosen as the site for the school.


The school opened in 1925 with six buildings and an enrollment of 914. Graduate instruction did not begin until 1927 within the school of Liberal Arts.

By the 1960’s, the school had expanded its offerings to more than just technical subjects. Some suggested changing the name to “Texas State University”, feeling the phrase “Technological College” was insufficient to define the expanded scope of the institution. While most students supported this change, the Board of Directors and many alumni, wanting to preserve the Double T logo, opposed it. Other names were considered, but the Board of Directors chose Texas Tech University, submitting it to the state legislature in 1964. A failed move by Governor John Connally to have the school placed into the Texas A&M University System, as well as continued disagreement and heated debate regarding the school’s new name, kept the name change from being approved.

In spite of objections by many students and faculty, the Board of Directors again submitted the change in 1969. It finally received the legislature’s approval on June 6 and the name Texas Tech University went into effect that September.

In the 1960s and 1970s, the university invested heavily in the campus to construct buildings for the library, foreign languages, social sciences, communications, philosophy, electrical and petroleum engineering, art, and architecture. Some other buildings were significantly expanded.