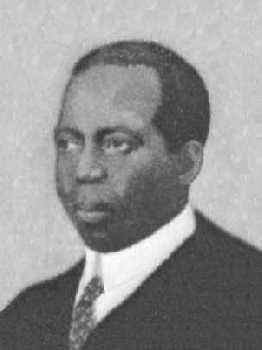 Scott Joplin, the “King of Ragtime” music, was born near Linden, Texas on November 24, 1868. He moved with his family to Texarkana at the age of about seven.

Even at this early age, Joplin demonstrated his extraordinary talent for music. Encouraged by his parents, he was already proficient on the banjo and was beginning to play the piano. By age eleven and under the tutelage of Julius Weiss, he was learning the finer points of harmony and style. As a teenager, he worked as a dance musician.


After several years as an itinerant pianist playing in saloons and brothels throughout the Midwest, he settled in St. Louis about 1890. There he studied and led in the development of a music genre now known as ragtime–a unique blend of European classical styles combined with African American harmony and rhythm.

In 1893, Joplin played in sporting areas adjacent to the Colombian Exposition in Chicago, and the following year moved to Sedalia, Missouri. From there, he toured with his eight-member Texas Medley Quartette as far east as Syracuse, New York. One of his first compositions, The Great Crush Collision, was inspired by a spectacular railroad locomotive crash staged near Waco, Texas in September of 1896 known as The Crash at Crush.

In the late 1890s, Joplin worked at the Maple Leaf Club in Sedalia, which provided the title for his best-known composition, the Maple Leaf Rag, published in 1899. This was followed a few years later by The Entertainer, another well-known Joplin composition. Over the next fifteen years, Joplin added to his already impressive repertoire, which eventually totaled some sixty compositions. In 1911, Joplin moved to New York City, where he devoted his energies to the production of his operatic work, Treemonisha, the first grand opera composed by an African American. At the time, however, this resulted unsuccessfully.

After suffering deteriorating health due to syphilis that he contracted some years earlier, Joplin died on April 1, 1917 in Manhattan State Hospital.

Although Joplin’s music was popular and he received modest royalties during his lifetime, he did not receive recognition as a serious composer for more than fifty years after his death. Then, in 1973, his music was featured in the motion picture, The Sting, which won an Academy Award for its film score. Three years later, in 1976, Joplin’s opera Treemonisha won the coveted Pulitzer Prize.