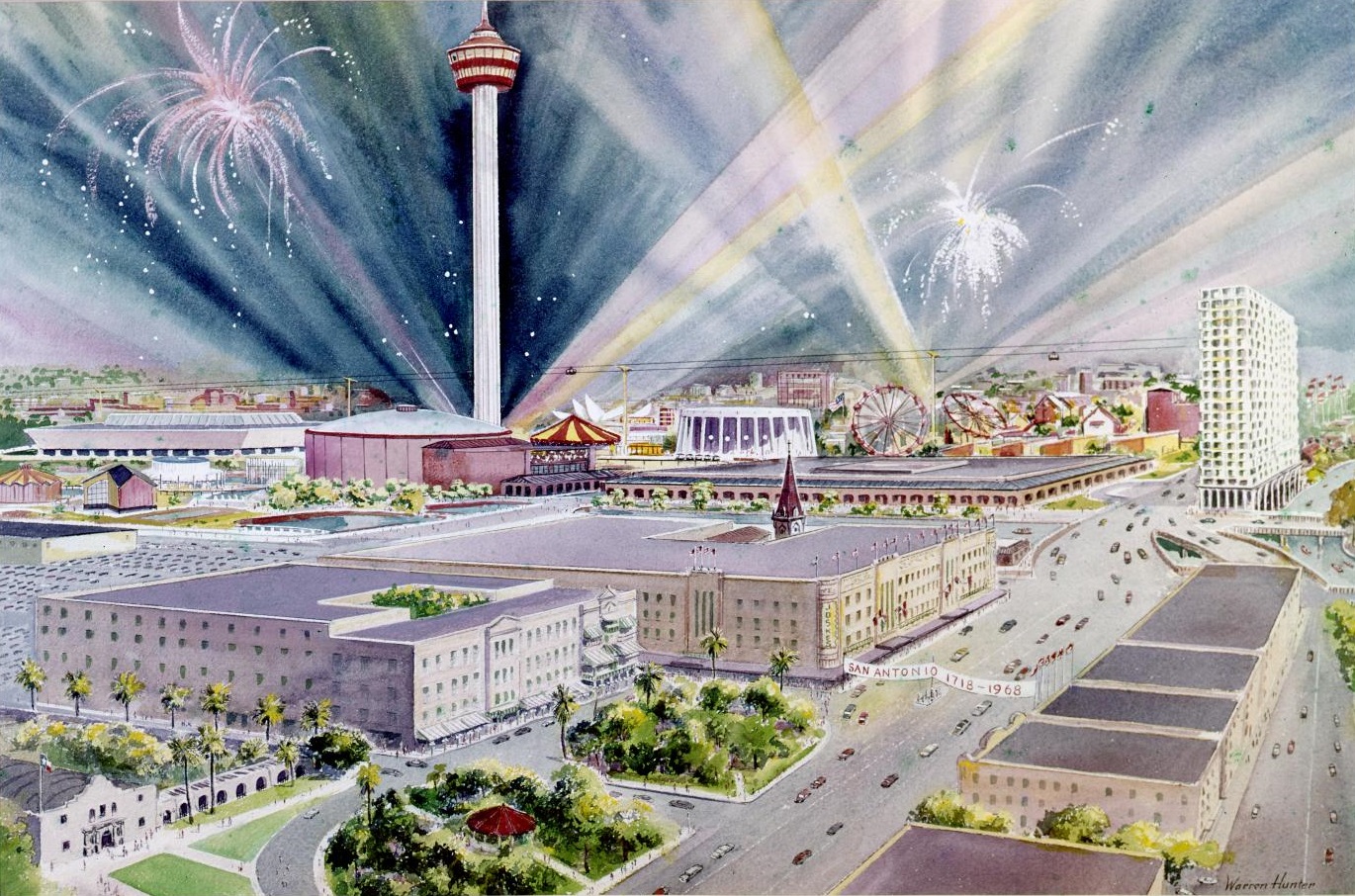 HemisFair 68 commemorated the 250th anniversary of the founding of San Antonio. The theme of the expo was the shared cultures of both the U.S. and Latin America. It was also officially recognized as a “World’s Fair” by the Bureau of International Expositions.


Countries from all over the world had exhibits in the “Las Plazas del Mundo” where over 20 pavilions represented individual nations. The exhibits were wonderful and there was a busy market place of international shopping.

The main structure that towered above the fair was the 600+ foot Tower of the Americas. Glass walled elevators took you up to the rotating restaurant and observation deck at the top. The lines were very long to go up to the top. Instead of waiting, my friend and I chose to go see a movie about insects taking over the world, lol.

Though only open from April 6 through October 6, 1968 – the HemisFair made quite an impact on San Antonio. In the immediate area of the expo, 24 historic homes were renovated and restored to former glory. It was also responsible for the beautification and expansion of the now famous River walk.

Today HemisFair Park still features the Tower of the Americas. Visitors to the park can enjoy 15 acres of gardens, water features, shops and a children’s play ground. There are 2 museums – the Institute Texan Cultures and Instituto De Mexicano. Nearby is the original United States Pavilion of the fair, which has been converted into a Federal Courthouse.