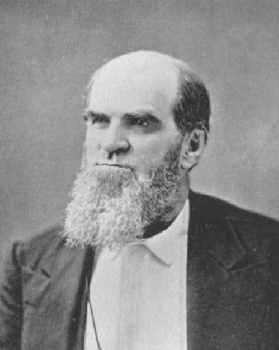 Born March 13, 1829 in Virginia and educated at William and Mary College, Richard Coke was admitted to the bar in 1850 at the age of 21 years. That same year, he moved to Texas and became a resident of Waco. There, he earned a reputation as a capable lawyer in both civil and criminal cases.

In 1861, Coke was elected by his county as a delegate to the state Secession Convention, where he voted for secession. He subsequently entered the Confederate army as a private and rose to the rank of captain by the war’s end.


After serving a year as district judge, Coke was elected in 1866 as a judge of the the Supreme Court of Texas. He served for only one year in the high court, however, before he was removed by General Philip Sheridan. Sheridan, the commander of Texas then under military rule, determined that Coke was an “impediment to reconstruction.”

Sheridan’s action cost Coke his job, but gained for Coke the endearment of a large majority of Texans. Coke’s popularity became abundantly evident in the gubernatorial election in 1873, when he defeated incumbent E. J. Davis by a margin of two to one.

In spite of Coke’s decisive victory, Davis refused to step down from office. This confrontation resulted in a dramatic and volatile standoff in Austin between supporters of the two governors. The crisis, which became known as the Coke-Davis Dispute, finally resulted peacefully with Davis relinquishing office.

As governor, Coke re-established constitutional law and order after more than a dozen years of war and military rule. A Democrat, Coke became the first of a dynasty of democratic party governors in Texas that lasted unbroken for well over 100 years.

A champion of higher education, Coke actively participated in the establishment of the Agricultural and Mechanical College of Texas. For this role, he is often credited as the father of Texas A&M.

After serving two terms as governor, Coke was elected to the United States Senate in 1877, where he continued to serve until 1885. He then retired to his home in Waco, where he died in 1897.