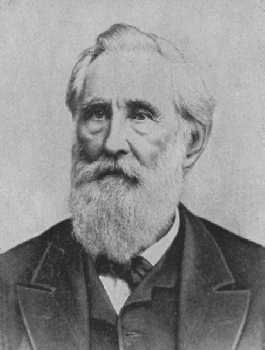 Roberts was born in South Carolina on July 9, 1815. He graduated from the University of Alabama in 1836 and was admitted to the bar the following year. He served one term in the Alabama Legislature before moving to Texas in 1841.


After opening a law practice in San Augustine, Roberts held positions as district attorney, district judge, and in 1857, associate judge of the Supreme Court of Texas.

Roberts was a strong advocate of secession, and was elected president of the Secession Convention that met in Austin in early 1861. When Texas seceded from the Union, he raised and commanded a regiment of infantry that served in Louisiana and elsewhere during the Civil War. In 1864, however, Roberts returned to become chief justice of the Supreme Court.

After the war, Roberts became a member of the Constitutional Convention of 1866 and was elected to the U. S. Senate, but was refused his seat because of his Confederate service in the war. He returned as chief justice of the Supreme Court in 1874, then successfully ran for governor in 1878.

After retiring from politics, Roberts joined the teaching staff at the University of Texas, where he acquired the sobriquet of “Old Alcade.” His historical contributions include a large section in D. G. Wooton’s Comprehensive History of Texas, and chapters about Texas and Texans in C. A. Evan’s Confederate Military History.

Roberts helped organize and became the first president of the Texas State Historical Association. He died in Austin on May 19, 1898.