When you’re from Texas, people that you meet ask you questions like,

“Do you have horses?”

They all want to know if you’ve been to Southfork. They watched Dallas on TV.

Have you ever looked at a map of the world? Look at Texas with me just for a second. That picture, with the Panhandle and the Gulf Coast, and the Red River and the Rio Grande is as much a part of you as anything ever will be. As soon as anyone anywhere in the world looks at it they know what it is. It’s Texas. Pick any kid off the street in Japan and draw him a picture of Texas in the dirt and he’ll know what it is.

In every man, woman and child on this planet, there is a person who wishes just once he could be a real live Texan and get up on a horse or ride off in a pickup. There is some little bit of Texas in everyone.

Texas is the Alamo. Texas is 183 men standing in a church, facing thousands of Mexican nationals, fighting for freedom, who had the chance to walk out and save themselves, but stayed instead to fight and die for the cause of freedom. We send our kids to schools named William B. Travis and James Bowie and Crockett and do you know why? Because those men saw a line in the sand and they decided to cross it and be heroes. John Wayne paid to do the movie himself. That is the Spirit of Texas.

Texas is huge forests of Piney Woods like the Davy Crockett National Forest.

Texas is breathtaking mountains in the Big Bend.

Texas is the unparalleled beauty of bluebonnet fields in the Texas Hill Country.

Texas is the beautiful, warm beaches of the Gulf Coast of South Texas.

Texas is the shiny skyscrapers in Houston and Dallas.

Texas is world record bass from places like Lake Fork.

Texas is Mexican food like nowhere else, not even Mexico.

Texas is the Fort Worth Stockyards, Bass Hall, the Ballpark in Arlington and the Astrodome.

Texas is great companies like Dell Computer, Texas Instruments and Compaq and Lockheed Martin Aerospace, Home of the F-16 Jet Fighter and the JSF Fighter.

Texas is huge herds of cattle and miles of crops.

Texas is skies blackened with doves and fields full of deer.

Texas is a place where towns and cities shut down to watch the local High School Football game on Friday nights and for the Cowboys on Monday Night Football, and for the Night In Old San Antonio and their River Parade.

Also, being a Texan is as high as being an American down here. Our Capitol is the only one in the country that is taller than the capitol building in Washington, D.C. and we can divide our state into five states at any time if we wanted to! We included these things as part of the deal when we came on.

Texas even has its own power grid!!

If it isn’t in Texas, you probably don’t need it.

No one does anything bigger or better than it’s done in Texas. 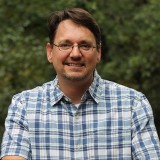